This morning, I added to Antietam Voices, 131 quotes that I have collected on Confederate cavalryman James Ewell Brown Stuart. Most are from Jeff Wert's outstanding biography Cavalryman of the Lost Cause (New York: Simon and Schuster, 2008). From the collection, you see a very well rounded view of the man. Regarded by many including John Sedgwick as "the greatest cavalryman ever foaled in America", Stuart also acquitted himself well as a commander of infantry. The most well known event was at the Battle of Chancellorsville where he temporarily assumed command of the Second Corps upon the wounding of Jackson and A. P. Hill. Despite his combat command skills, Stuart nevertheless was a man who triggered different reactions from those around him. He was viewed by some as vain and chillingly ambitious, as William (Grumble) Jones, Wade Hampton and others would attest. But Stuart was warm and considerate to the many who he counted as his friends. Among them was Stonewall Jackson, a person who in many ways was a complete opposite of Stuart. Very much a lady's man, he was nonetheless a faithful husband to his wife Flora and father to his two children.

Stuart's rides around the Union Army and his activities during the Gettysburg campaign are well known. However not as much appreciated were his actions in Lee's first incursion into the north during the Maryland Campaign - a field of battle like Gettysburg, where he again did not show himself to the best advantage. Stuart early in the campaign seemed to discount the approaching Union Army of George McClellan as it occupied Frederick and pushed toward South Mountain. Believing the northern gaps were threatened by only two brigades of the Union Army, he pulled his cavalry off Turner's Gap and sent much of it south. Stuart left D.H. Hill's lone infantry division to confront not two brigades of the Union Army as Stuart had supposed, but the seven divisions of Burnside wing, which included Hooker's First, and Reno's Ninth Corps. Similarly, he spent little time at Crampton's Gap leaving William Parham and Thomas Munford's small forces to defend William Franklin's Union Sixth Corps. Stuart sent most of his available cavalry under Wade Hampton to guard the approaches to Harper's Ferry along the Potomac River at Weverton.

Stuart acquitted himself well at Antietam posting his cavalry on both flanks of Lee's Army. He positioned on the Confederate left with Jackson. There, at Nicodemus Heights, John Pelham and Stuart's Horse Artillery with some of Jackson's guns blasted the flank of advancing Union forces emerging from the North and East Woods into the Cornfield and points south for most of the day. Later that afternoon, Stuart was given command of a scratch force of Confederate infantry and artillery charged with trying to get beyond the Union right flank to open a path to the north. If successful, this would give the ever aggressive Lee another opening to resume his northward advance. Stuart's force made no progress in that direction and was blasted back by massed Federal artillery.

Stuart had a premonition that he would not survive the war and he told this to several of his friends. On May 11, 1862, while repelling Philip Sheridan's cavalry raid at Yellow Tavern, Stuart was mortally wounded and died the next day. Shortly after his death, Lee wrote in a letter to his wife that "more zealous, ardent, brave & devoted soldier than Stuart, the Confederacy cannot have."
Posted by Jim Rosebrock at 1:45 PM 1 comment: 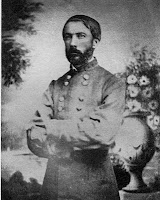 My links to quotes on Antietam Voices is slowly growing. I have linked my quotes to D.H. Hill as you can see here.
Posted by Jim Rosebrock at 11:28 AM No comments: 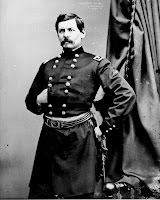 You will start to notice that my in my quote count column on the left of this blog, some of the subjects now have a link to my other blog Antietam Voices, where you can now view the actual quotes. I have started with George B. McClellan. This project is still in the earliest of stages so there will be some adjustments as I go along. But take a look at it and tell me what you think.
Posted by Jim Rosebrock at 11:11 AM 1 comment: 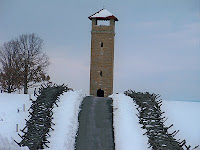 I have decided to branch out a bit and develop a blog/website devoted to the core of my Civil War interests. That is the quotes that I am collecting by and about the men of the Maryland Campaign. This blog is called Antietam Voices. It is not entirely coincidental that this effort coincides with the start of the New Year. I have had some time these past few days to think about what I want to do here. Unlike this blog where the focus has evolved into a more general look at the Maryland Campaign, AntietamVoices will be organized and devoted to the quotations that I have collected, some 1,000 of them and growing literally daily. Another focus here will be my executive leadership training programs. In talking with Antietam Rangers Mannie Gentile and John Hoptak, who have encouraged me on this project, this seems to be a good way to organize my stuff. I also talked with Harry Smeltzer at Bull Runnings who uses WordPress. This is the format/platform that I will use for Antietam Voices. South From the North Woods isnt going anywhere. But my new site is in a state of evolution, not revolution. It will be awhile before you will see what I am trying to develop. Stay with me and hopefully enjoy the development of this project. And Happy New Year to everyone.
Posted by Jim Rosebrock at 7:42 PM 2 comments: